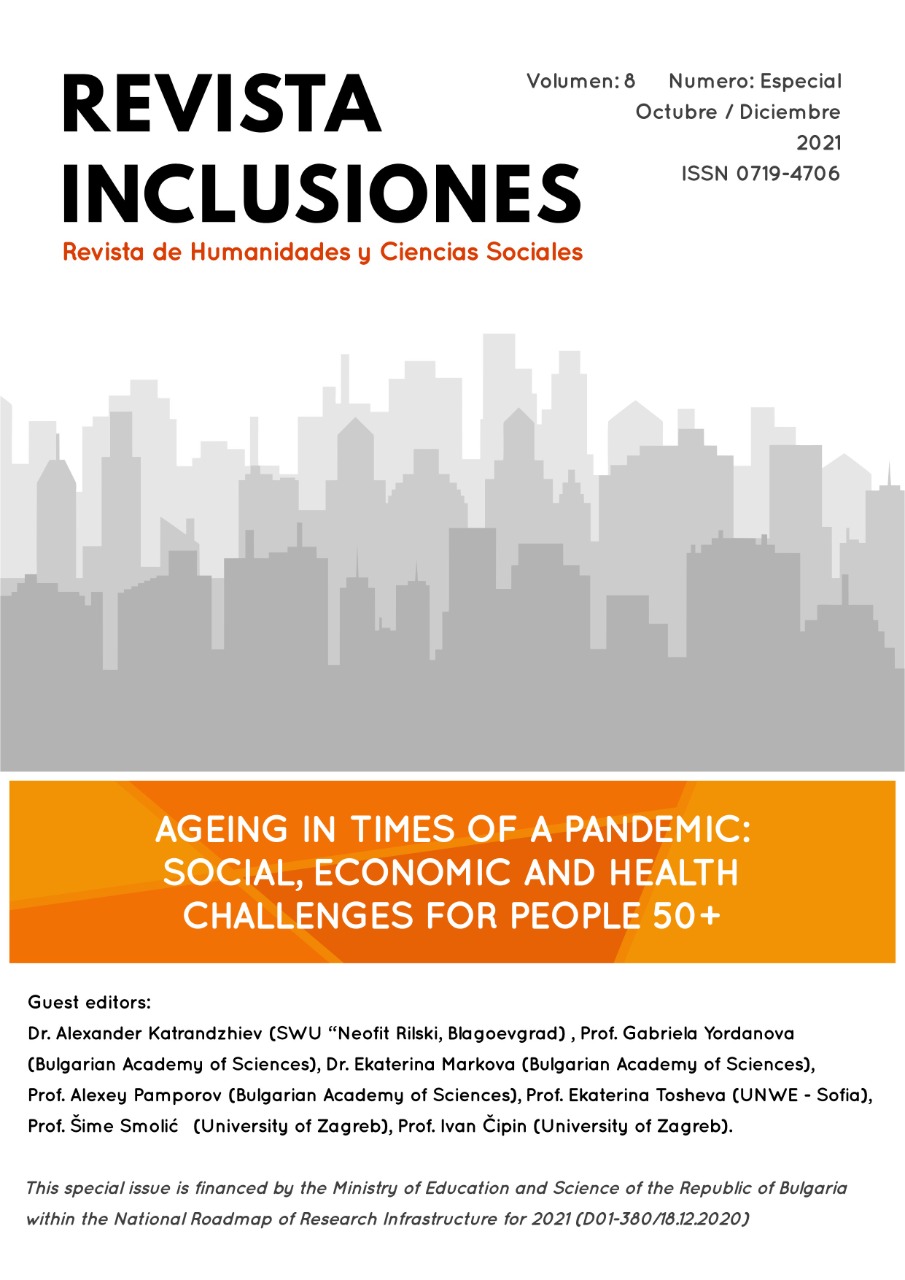 Population ageing is one of the major challenges that the European societies face today. The purpose
of this study is to outline the social differences in the self-perceived health of people over 50 years in
European societies. The analysis is based on the integrated data file (easyShare) of the Survey of
Health, Ageing and Retirement in Europe (SHARE), 2017. Multilevel analysis of the factors
associated with self-perceived health of elderly people at individual and country level is applied. The
selection of the variables draws on Cockerham’s theory on healthy lifestyles. The individual level
variables are gender, age, marital status, presence of partner in the household, household size,
education of the respondent and type of residential place in which s/he lives. On country level GDP,
Gini coefficient and healthy life years (total) are used as measures of socio-economic and
demographic context in the countries. The results from the analysis reveal significant gender
differences and negative effect of age on self-perceived health of elderly people. Partnership status
variables show a protective effect of family – individuals living with a partner and those being married,
incl. those who lost partner, are more likely to report better SPH. Living in a large household with
more than 4 people is negatively associated with SPH. The analysis uncovers also strong socioeconomic disparities both at individual and country level, associated with SPH of people 50 years and
over. On individual level, the respondents with lower education as well as those living in rural areas
are less likely to evaluate positively their health. The differences in the socio-economic development
between European countries, measured by GDP per capita, Gini coefficient and healthy life years
(total) show that income inequalities are negatively associated with SPH, indicating a differentiating
effect of unequal access to healthcare, medico-social services and goods protecting health of elderly
people.